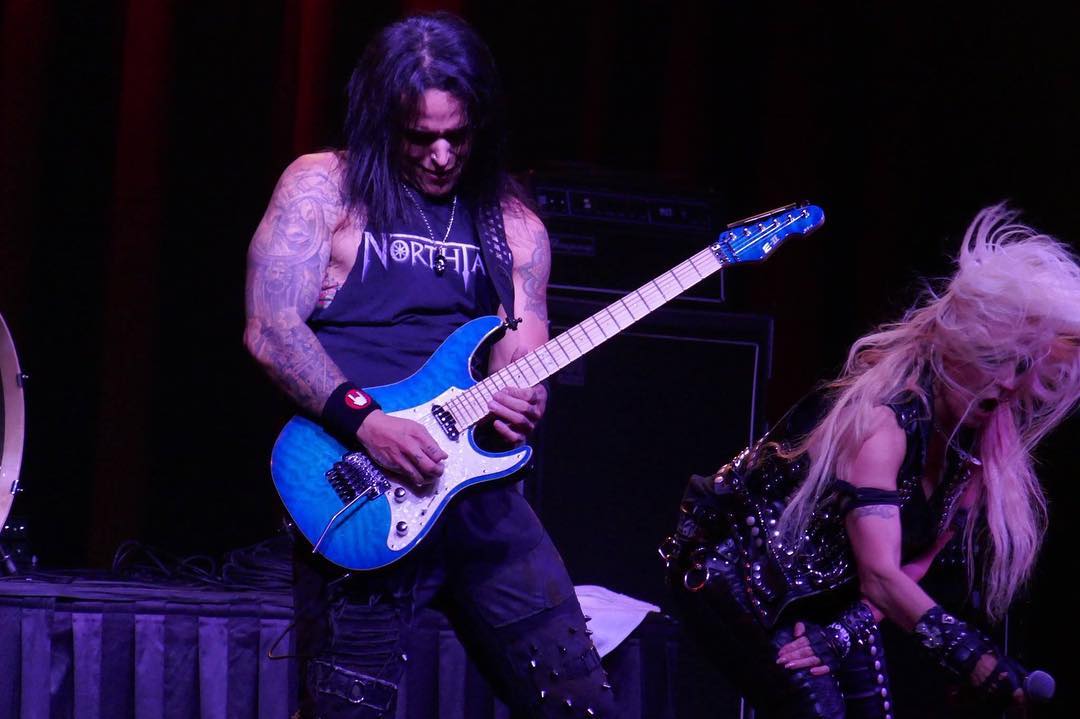 Los Angeles-based guitarist/songwriter Bill Hudson (NORTHTALE) has announced that he will be joining the Metal Queen DORO for 4 shows in the UK supporting MICHAEL SCHENKER, kicking off on October 28th in Leeds!

Bill stated:
“After over a year sitting at home, I’m very happy to say that I’m finally going back out and joining the Metal Queen, DORO, and my brothers in her band for 4 shows in the UK supporting the mighty MICHAEL SCHENKER!”

Los Angeles-based guitarist/songwriter Bill Hudson (NORTHTALE, I AM MORBID, former DIRKSCHNEIDER, TRANS-SIBERIAN ORCHESTRA, Circle II Circle, Jon Oliva’s Pain and more) has become a very sought after name in the hard rock world in recent years. Whether he is in Germany headlining the biggest heavy metal festival in the world or in the studio recording guitars for a video game soundtrack, there’s never a dull moment in the life of the Brazilian musician. In the summer of 2015, he made history in Germany, headlining Wacken Open Air, performing in front of 80,000 fans with the TRANS-SIBERIAN ORCHESTRA. Hudson joined the TRANS-SIBERIAN ORCHESTRA also for their winter tour in 2015, performing 52 shows in 6 weeks throughout the US and Canada for an average of 15,000 fans a day. From April 2017 to April 2018 Bill Hudson made part of the DIRKSCHNEIDER line-up, touring widely both America and Europe. In February 2018 Bill launched his new power metal band, NORTHTALE, releasing the debut album “Welcome To Paradise” on August 2nd 2019, via Nuclear Blast. NORTHTALE’s upcoming album is in the works and it’s expected to be released in the first half of 2021 via Nuclear Blast Records.

After the debut album, THEOGONY, received numerous raving reviews even being called a “masterpiece” and “A record everyone must own. Every generation […]

What is TEC, a modern metal band from Istanbul, Turkey, has joined forces with WormHoleDeath Records for the release of their debut […]